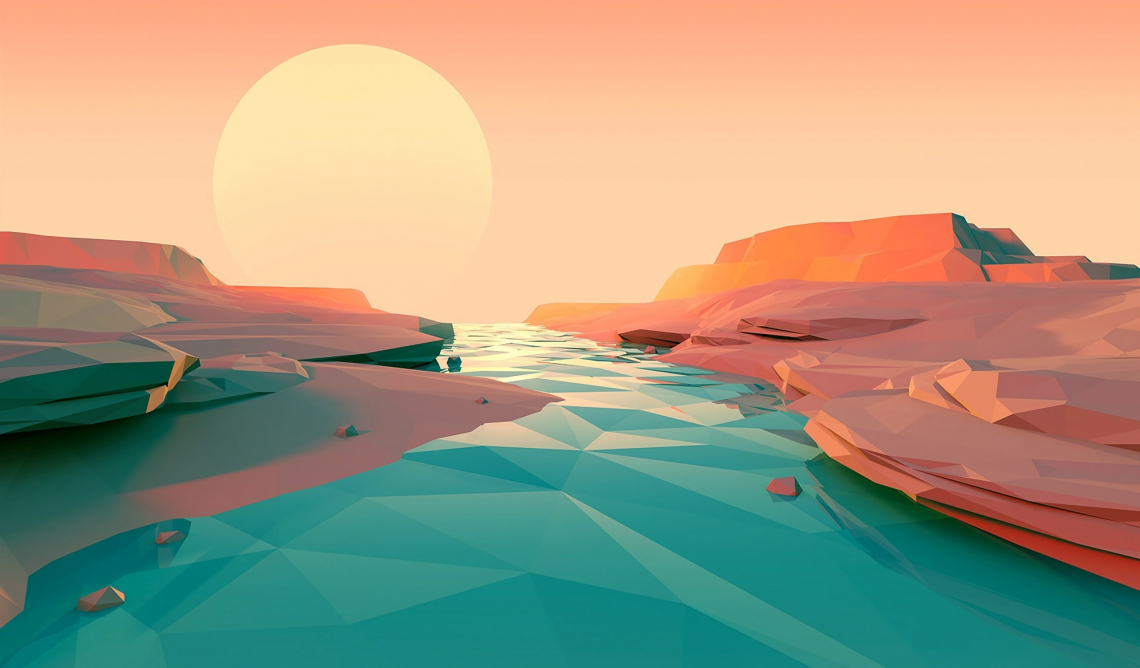 What is a river? Well, it's a natural flowing watercourse that flows through a channel in the surface of ground and it's really important for the existence of life on Earth. The human body will not be able to function properly if there is no water for drinking and plants and crops will not grow and will eventually die due to scarcity. Now, this might be the answer of every human being when asked about rivers. We all know how crucial water is for us but still we perform irrational activities which turns out to be threatening to our water bodies and degrades them. A lot of damage has been done already, now it’s time to rectify it. If actions are not taken now then we will not be able to leave a beautiful world for our coming generations.

There are many rivers which have been in ever-growing threat from humanity. River Ganga, the national river of India is one of them. Despite its divinity it's getting increasingly polluted from the inevitable human intervention in the pureness it carries as it exits from the womb of her mother. During its course, Ganga collects large amounts of human pollutants through highly populous areas. These populous areas are then exposed to the potentially hazardous accumulations. It does not end with this; the bacteria levels are more than 100 times higher than the limits set by the government. From washing clothes to dumping bodies, the river’s purity is assailing every day and in spite of the alarming levels of pollution, people continue to use the water to drink and take a bath.

Nearly all of their sewage – over 1.3 billion litres per day – goes directly into the river, along with thousands of animal carcasses, particularly cattle. Another 260 million litres of industrial waste are added to this by hundreds of factories along the river’s banks. Municipal sewage constitutes 80 per cent by volume of the total waste dumped into the Ganga, and industries contribute about 15
percent. The majority of the Ganga pollution is organic waste, sewage, trash, food, and human and animal remains. Over the past century, city populations along the Ganga have grown at a tremendous rate, while waste-control infrastructure has remained relatively unchanged. In 2007,Ganga had been declared in the five most polluted river because it had fecal coliform levels in  the river near Varanasi accounting to about 50,000 bacteria per 100 milliliters of water, 10,000% higher than the government standard for safe river bathing.
Ganga is getting contaminated day-by-day. Nearly 170 factories and tanneries  located between Kannauj and Varanasi, covering an area of 450 km, were held accountable for polluting the river by discharging wastes into it without treatment. A total of 146 industries are reported to be located along the river Ganga between Rishikesh and Prayagraj. 144 of these are in Uttar Pradesh  (U.P.) and 2 in Uttrakhand. The major contaminating industries on the Ganga are the leather industries, especially near Kanpur, which use large amounts of Chromium and other toxic chemical waste, and much of it finds its way into the meager flow of the Ganga. From the plains to the sea, pharmaceutical companies, electronics plants, textile and paper industries, tanneries, fertilizer manufacturers and oil refineries discharge effluvium into the river. This dangerous waste includes hydrochloric acid, mercury and other heavy metals, bleaches and dyes, pesticides, and polychlorinated biphenyls and other highly toxic compounds that accumulate in animal and human tissue.

The tannery industry mushrooming in North India has converted the Ganga River into a dumping ground. The tanning industry discharges different types of waste into the environment, primarily in the form of liquid effluents containing organic matters, chromium, sulphide ammonium and other salts. However, industry is not the only source of pollution. Sheer volume of waste – estimated at nearly 1 billion litres per day – of mostly untreated raw sewage – is a significant factor. Runoff from farms in the Ganga basin adds chemical fertilizers and pesticides such as DDT, which is banned in the United States because of its toxic and carcinogenic effects on humans and wildlife. Damming the river or diverting its water, mainly for irrigation purposes, is adding to the pollution crisis. Atmospheric deposition of heavy metals emitted from vehicles and presence of industrial units adjoining the Ganges is adding to the pollution load on the river, researchers have found on May 2010. Catering for legal mining in and around the Haridwar, boulders adjoining the river are being removed for construction, thereby causing damage to the river’s banks and bed.

The Ganga is also one of the rivers most threatened by climate change. According to a report by the Intergovernmental Panel on Climate Change “ In the long run, the water flow in the Ganges could drop by two-thirds, affecting more than 400 million people who depend on it for drinking water. The report warns that in the short term the rapid melting of ice high up in the Himalayas might cause river swelling and floods. Crores of rupees being spent on saving the Ganga from pollution does not seem to be working as bacterial contamination in India’s most sacred river has crossed the maximum permissible limit at several key cities due to discharge of sewage owing to the lack of coordination between the Central and State agencies was affecting proper implementation of various projects, money is allotted for sewage treatment plants and for central effluent treatment plants.

With all this ,you might have understood the current scenario and it's not justGanga, other rivers are also facing the same vicious assault. Hence the need for continuous effort estimation and development should gain weight as part of the higher aim to protect rivers. The following would probably serve as optimum measures to control the various aspects related to pollution and usage of rivers:

1. Entry of hazardous chemicals from agricultural run-off into the rivers must be prevented through promotion of organic farming in a massive way.

3. Organise “My Drains Day” to keep our drains free from rubbish. Polluting and clogging our drains with rubbish not only pollute our main source of drinking water but create a potential breeding ground for pests. Activities such as drain clean-ups, drain stenciling and pollution mapping can be organised to educate our community on the importance of having clean drains and instil care for our drains.

4. Adopting zero-waste lifestyle: Rethink, Reduce, Reuse, Recycle, Compost and Close the Loop. We can limit our trash output and save tonnes of solid waste from ending up in landfills and rivers.

6. Be a community river scientist and organise a trip out to your local river to assess its health via physical, chemical and biological monitoring.

7. The Government also plays a very significant role in saving the rivers. Strict laws should be implemented regarding the usage and sewage of rivers.

8. The last but most important point is to create awareness among people regarding the death of rivers. Most people are not even aware of the ill health of our rivers. They should be educated regarding the issue and also motivated to save the rivers.

We must protect and take loving care of the delicate and holistic balance that exists in the ecosystems of nature which are invaluable from the view point of utility, aesthetics as well as religion, and try to restore wherever possible our degraded eco-systems. Protection of the rivers should be accorded the highest priority in the scheme of our national development process. Its high time that we start visualising a land without the natural gush of water, let alone the pureness. Although seemingly harsh as a part of remedial measure, but at least this would create a sense of urgency to save the mother of multitude of water bodies and of humanity by its very nature.